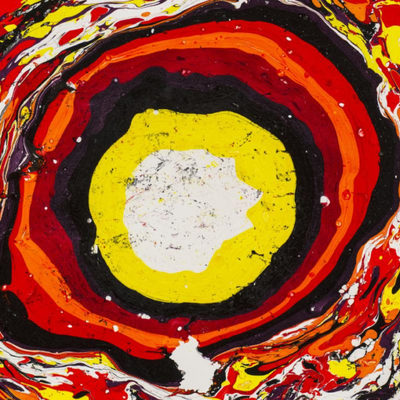 Ten Fe hit the ground running on their debut album ‘Hit The Light’ with the fantastic "Overflow" which sounds like a chilled out U2 track. The guitars were reminiscent of ‘New Years Day’ but the vocal performance is much smoother and the harmonies are sublime.

"Turn" is a soulful record with another excellent vocal performance and a good line in bitter humour about a failing relationship. The lyric ‘I’ve run out of cheeks to turn’ definitely bought a smile to my face.

"Elodie" updates the 80s AOR template and makes it sound incredibly fresh. The song could easily be a big summer hit as it is the aural equivalent of driving along a coastal highway with the top down.

"Twist Your Arm" is a superb track with Roy Orbison style vocals and another great lyric ‘I’ve got to twist your arm to hold your hand’. As "Another Way", with its Fleetwood Mac vibe, starts you realise two things. First, there is not going to be a weak track on this album. Second, that they can turn their hands to any genre, freshen it up and make it sound incredible.

"In The Air" is the Travelling Wilburys reforming and having fun with great vocals and exceptional guitar work. ‘Don’t Forget’ provides yet more evidence that they can change tempo and style without making the album feel disjointed, because at the heart of every track is amazing musicality and vocal performances that draw you in to everything they do.

"Burst" explodes through the speakers with a rocking U2 vibe and just uplifts you with its sheer energy. "July Rain" ends an incredible album with a euphoric flourish. As debuts go, this is quite exceptional and if it isn’t in my top 5 by the end of the year we will have had one hell of a 2017, musically speaking.