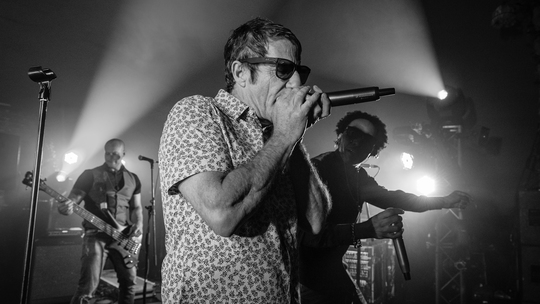 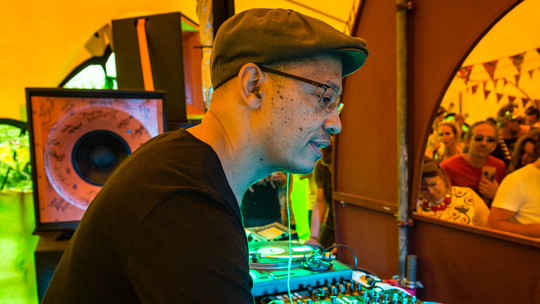 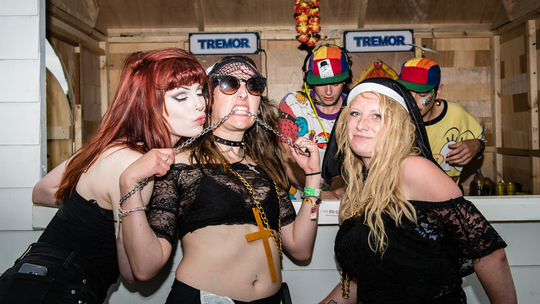 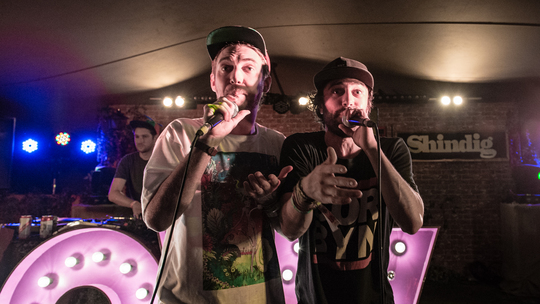 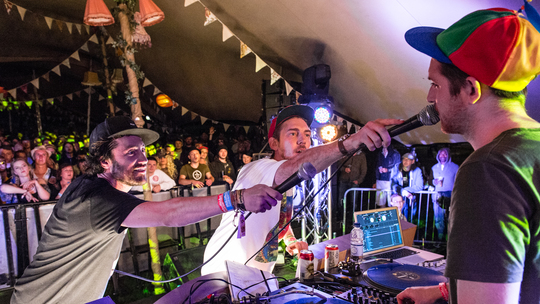 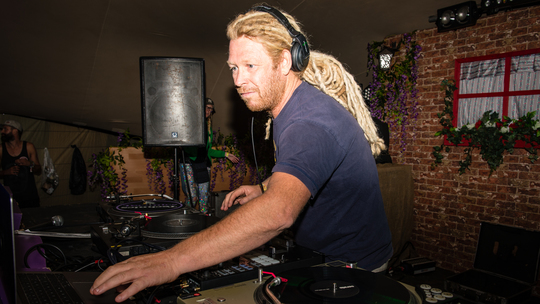 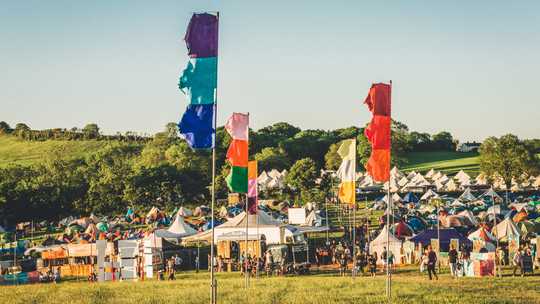 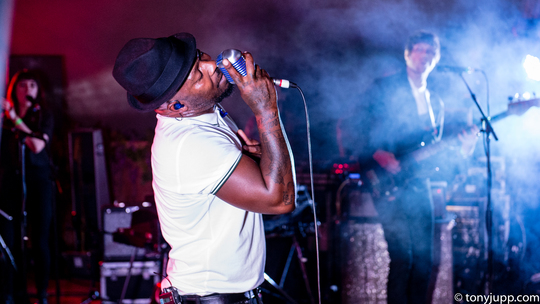 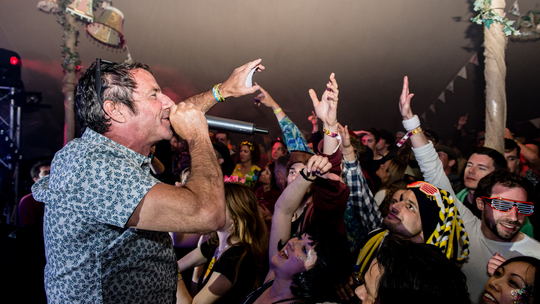 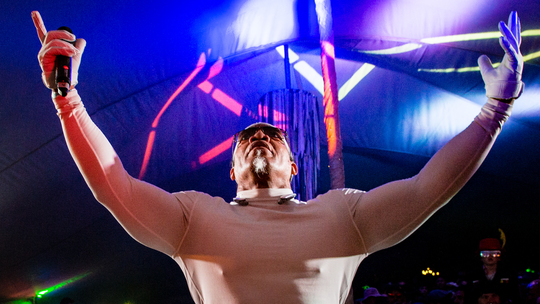 1. You can trade anything for a sprinkling of glitter and /or a Berocca tablet. People here are literally crying out to be dusted with sparkles and when they've had enough stardust they'll be begging on their knees for a fizzy Berocca recovery drink. Pack enough of these two commodities and you will be the campsite king or queen.

2. It's dry when it's sunny but when it rains it's wet. I mean proper Somerset levels of wetness. The ground is like a deceptive desert dust-bowl on arrival but it only takes one *little shower for the walkways to turn to squelch. Not a problem for the site crew though, as they're immediately on-hand to scatter wood chips and provide matting to soak it all up.

3. Not wishing to dwell on the weather, but this year we all knew about the lightning. Some of the most terrifically stunning I've seen in my life. From the elevated position of the "Hill of Suspicion" it's possible to get a full 360 view of the gorgeous countryside and in the middle of the night when those lightning bolts are closing in and it's all becoming a bit biblical, it's truly a moment to just be and breathe and admire nature in all its stunning majesty.

4. You can feast upon any flavour of food you desire, at most times of day or night. A whole tent filled to burst with all manner of street food stalls, vegan options, smoothies, wood-burnt pizza, a smorgasbord of delights to sustain you for three hard days of partying.

5. The Shindig crew are amongst the most hard-working and dedicated to looking after their clientele in the history of festivals. Nothing is too small for the organisers to be there, hands-on, knee-deep and fully involved, from manning the lost property office, to maneuvering riders of beer backstage, to stopping an invasion of non-ticket holding fence climbers. All of this and making sure that the line-up runs without a hitch and that Shindig is the best it can possibly be.

6. I have a strange newly discovered lust for a) sleazy nuns (thanks to Father Funk and the Sisters of Sleaze!), b) hip-hop royalty wearing skin-tight white Power Ranger suits (Melle Mel – the epitome of manhood), and c) shiny Airstream trailers you can do your make-up in.

7. If you pay for one of the fancy-pants mansion size bell tents, you’ll have heaps of space to hold a proper after-after-party, but you have to bring your own bedding. Vases of flowers are provided on a little bed-side table along with the peace of knowing that you won’t get woken up at 5am by someone blasting out ‘Nobody Speak Nobody Get Hurt’. Or a total stranger stumbling into your tent porch and eating all your peanuts whilst swaying gently and mumbling that he genuinely thought it was his tent and they were his peanuts.

8. The Shindig team do know their stuff. This year’s line-up was a well-considered mix of tried and tested big names of house, hip-hop and funk, along with some notable newness. Particular favourites were sets from Cut Capers, Too Many Ts, Dub Pistols, LTJ Bukem, The Heavy, Twogood, Profit, Nattyspeaks, DJP, and TobyOne.

9. Laughter can be generated anytime you want from within, you don’t have to rely on external powers. Fake it until you make it. Vocalise those ‘aaaahhhhs’ until you want to drop in a sneaky ‘h’ and then before too long you’ll be rolling around the ‘Samadhi’ area (dedicated to physical and mental well-being) giggling your head off (Thanks to Joe Hoare for the Laughter Yoga workshop).

10. You will meet all kinds of incredible people. Some of whom will become firm friends, some of whom you will talk absolute silliness to for hours and then never see again, and some who you won’t see until the next Shindig, but when you do, it will feel like time and space has no meaning. There’s even a chance you’ll find true love, like one couple who met at Shindig last year and were here celebrating their first anniversary.

11. The likelihood of you bumping into one of the stars of the stage around site is huge. Whether they’re camping next door to you, or queuing for the compost long-drop, they’ll be around and about, and part of the whole Shindig experience. No VIP areas or segregation is evident here, and it’s part of the added charm of this festival.

12. Shindig is a vital start to the festival season, and a great way to escape the stresses and strains of everyday life. It’s now indelibly inked onto my calendar for next year and an unmissable way to spend the May bank holiday.