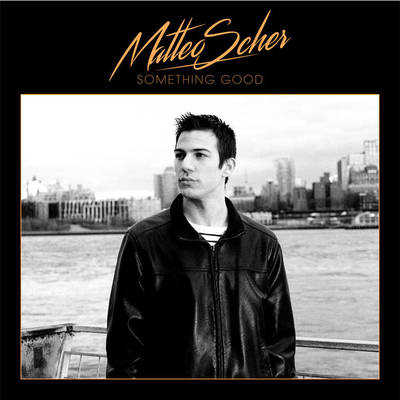 From the ripe state of New York, singer/songwriter Matteo Scher has accomplished a massive amount of success since launching his latest EP, "Something Good".

At 20-years-old, Matteo has not only put forth tremendous ability, but he's had the honour of performing at the Hallow Hungry Music Festival, an exquisite event with performers such as the Chapin Sisters, who happened to headline the entire show.

He's a powerful force around his home state, namely New York City, as a performer at large gigs at top venues and concert halls New York has to offer its artists. Some of these places include the Rockwood Music Hall, The Bitter End and The Bowery Electric.

"Something Good" follows up on an album recorded with his sister in 2013, considering his family has strong musical roots. He also released an EP, "Chasing Stars," with guidance from his mentor, Alicia Keys.

The titular track, sharing the same name as the album, shows Matteo being a whiz at the piano. This song is somewhat romantic, while maintaining solid vocals accompanied with soft instrumentation. It sounds sad, but the idea of "Something Good" is to instill hope for bigger, better things.

"Forget", the next track, takes on a more upbeat rhythm without contrasting too heavily. In this song, Matteo Scher demonstrates how versatile of a singer he is. He starts off on a somber note, switching gears around three quarters into the track. He shows the listener that he can inject any emotion into a piece of music.

"New York And Me" follows Matteo's adventures in the Big Apple. It has rather expansive audio, which fits into the "big-city" motif. Matteo succeeded in producing a song about the people of New York and musical artists as a whole. He describes why people may leave the state for different pastures.