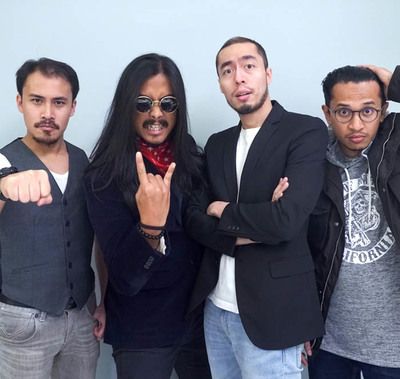 Shadow Puppet Theatre (or ‘SPT’ as they are known by fans), is a 4-piece Malaysian rock band who famously blend story-telling with what they call ‘the feels’. Fan favourite track ‘Stargazer’ is from their musically eclectic 2018 album ‘John Doe’.

As their name would suggest, the band takes the ancient cultural heritage of shadow puppetry: ie. stories that also deliver a key human message. And so, with that in mind, we come to the single ‘Stargazer’ the lyrics of which are apparently based on a conversation between a friend and a fan from Sweden. The fan places their hero on a pedestal and it blinds them to the actual reality of their hero as a human being. There is also the danger that the ‘hero’ too loses all sense of reality in receiving such adulation. The message is loud and clear enough and one we can all recognise in our popular culture and the concept of excess, fame, fans, stalking etc. It is about projecting fantasy wish fulfilment on another human being – and it’s something they could never properly live up to.

Musically this is quirky indie pop rock fare with a catchy little guitar hook woven right through it. The track sounds like it could slide in easily as a theme tune for a U.S. teenage drama like Dawson’s Creek or One Tree Hill (or whatever the newest ones are - showing my age etc.) Sync people take note! The vocals are good and the lyrics are pleasantly ‘out there’.

Towards the end you get a kind of break where he sings 'Let’s jazz it up a little' which you can imagine works well at a live gig although feels a little unusual in a radio track. Nevertheless, ‘Stargazer’ aptly relates a well-worn tale of excessive fandom versus reality in a light hearted way. We all know this story and it is delivered in catchy pop rock packaging. Add this to your Rock Pop playlist for kicks and quirks.