Miesha and the Spanks 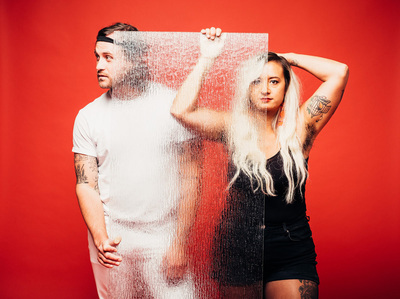 Miesha and the Spanks

Miesha & The Spanks are a high octane garage rock duo from Calgary AB, made up of rock n roll matriarch Miesha Louie and her partner in crime, the hardest hitting Sean Hamilton on drums.

The duo just released a new single “Wanna Feel Good”. The track features new dimensions of fuzz and feedback for the band and captures that tense high-shouldered dread when time is running out.

Together they draw inspiration from classics like The Runaways, L7, and The Buzzcocks to create some modern noise that’s catchy enough to raise a fist and sing along. Noise Journal describes them as “a filthy rocket of pure jet-fuel up the nostril, with surf rock sensibilities, a grunge groove and hair metal swagger,” while Canadian Beats called their last album “reminiscent of Queens of the Stone Age meets The Animals – a certain coolness about it, making it impossible to forget.” They’ve made a name for themselves as a band who is here to stay.

Since Miesha created The Spanks in 2008, she’s opened every door, and taken advantage of each opportunity that’s come her way. Tour after tour down Canadian highway to play every small town and big city, with as many drummers as are up to the task, until landing someone crazy enough to stick around.