Marq Electronica Brings The Vibes To Us With 'Wildlife' 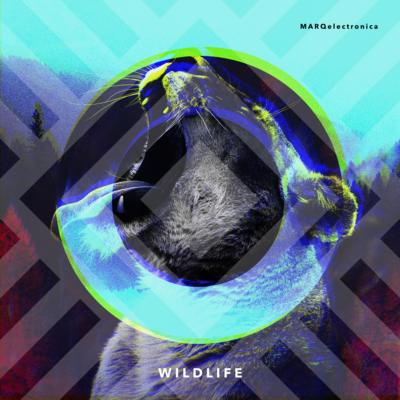 Marq Electronica is back with another absolute banger with his recent single ‘Wildlife’. If, like me, you’ve been waiting for something to lift you out of your lockdown funk, then this fresh single might just be the ticket. Marq is an artist slowly becoming a staple in our daily soundtracks. The proficient producer and vocalist from Middlesborough is making waves in the electronic atmosphere with his skilfully sculpted bangers. With a sound heavily influenced by the likes of Missy Elliott, Daft Punk and Massive Attack, Marq has carved a space in the electronic landscape that rightfully is made just for him. Marq is part of up and coming electro-rock band Sapien Trace who have an imminent release and the trip-hop electronica band The Last of The Fallen Angels whose debut single is out now on Parrafin Alien Records. His recent single is coming off the back of the hugely successful hit ‘In A City (Love)’ which has rightfully earned him over eighty-thousand streams on Spotify alone.

‘Wildlife’ might just be one of my favourite tracks on repeat at present. With a sonic landscape sculpted with striking synths and a slapping bass line, ‘Wildlife’ is easily the most energetic tracks to reach our ears for a while. As Marq laments over the boredom and dreary draining days of the past year, he does with a style and energy that somehow makes it all seem slightly less drab. Lamenting over the relatable experience of being so bored all there is to do is stare out the window of your quarantine bedroom, Marq uses his commanding vocals to control the track as he takes us on a journey through his sonic skill. Produced by Brit and Ivor Novello award winner SimonEllis this is a sure-fire winner.

With such vibrant vocals and pulsing production throughout the track, Marq Electronic further proves why he’s a hot act rising the ranks this year.